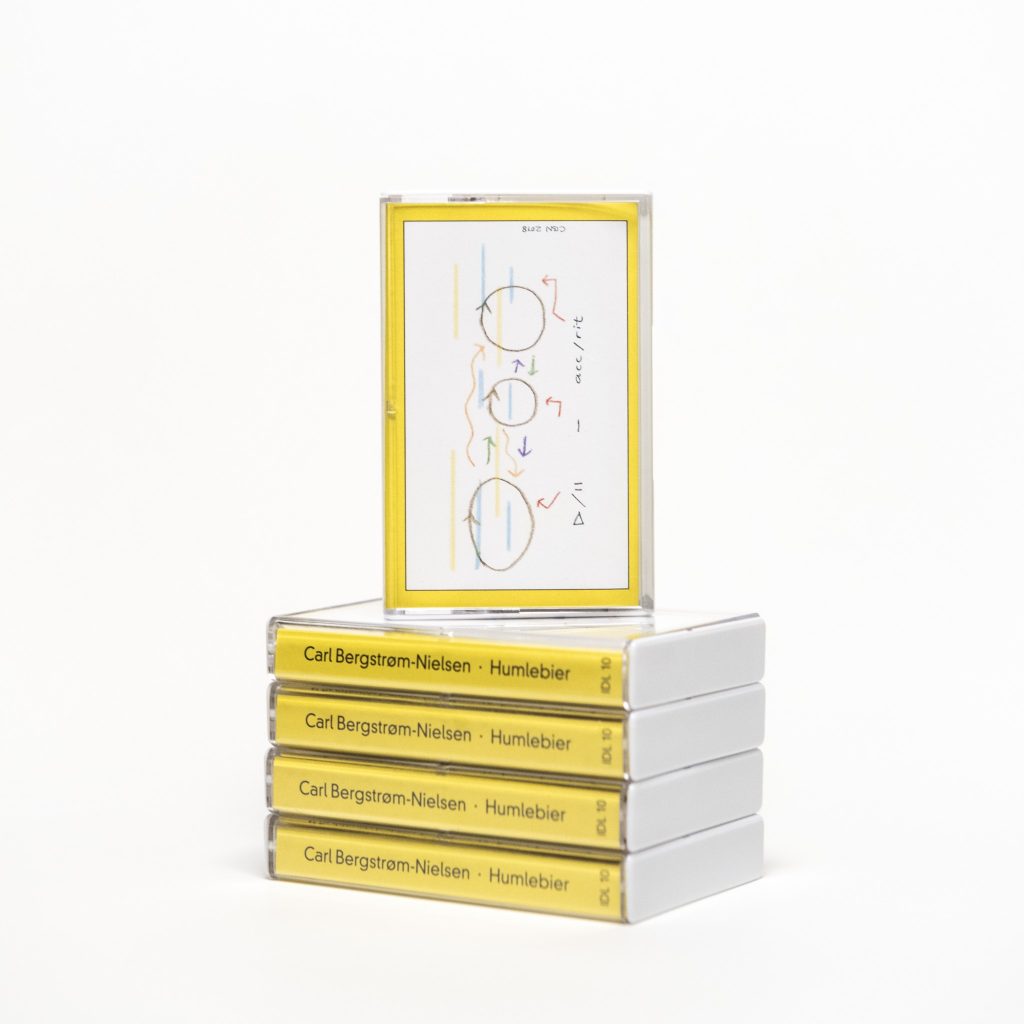 This cassette contains different versions of a kind of static music consisting of humming sound formations. Various parts are combined in constantly different ways and activated or paused at a slowly changing pace. The three versions have different tempos with different characters ensuing. Simple looped motifs repeating themselves form the basis. Some of these are capable of modifying the pitch of each other. I have acted as a musician playing the computer sequencer by changing tempo, allowing tracks to sound, by silencing them, making pauses, and employing a ‘fermata’ pause function causing the sound to ‘freeze’. The background for composing these pieces is my interest in sounds of both nature and everyday life, and in Indian music.

Also, my favourite symbolics in music: unity in the diversity – and diversity in the unity. Diversity here means unpredictable combinations that excite the ears. Chaos as an order not yet discovered. Combinations occur within and between the different colours of sound, their placement within the stereo image, their dynamics, and the perceived melodic, rhythmic, and harmonic phenomena. Especially concerning harmonics, this is an investigation of the beauty of the ‘false’ tones and chords outside the normal tuning of the keyboard. This has taken place both systematically, in the programming, and in the immediate performance. Unity is present as the possibility that all these elements and dimensions may melt together into one sound.

It is recommended to experiment with the bass control of your stereo system, since the bass sound may come out very differently depending on the unit. Likewise, experimenting with treble control may reveal different layers of the timbral processes.

Thanks to Claus Pedersen, Steffen Brandorff, and DIEM.

The release features a download code for an extensive package of Carl Bergstrøm-Nielsen's notes and sketches for the pieces, as well as a bonus track!