The most enigmatic and rare of Danish artist and composer Henning Christiansen’s albums Satie i høj sø is now re-issued by Institute for Danish Sound Archeology and the Museum of Contemporary Art in Roskilde, Denmark. The album collects five central works from Christiansen’s neo-romantic period in the 1970s. This completely overlooked and virtually unheard period in Henning Christiansen’s oevre contains perhaps his most fascinating and beautiful works.

For 10 years from 1969-79 Christiansen turned his back to the art scene and made a very unorthodox artistic decision: To leave behind ‘art for arts sake’, Fluxus and the concretist art music, that he had invented in the 1960s. Instead he created a music that was a positive vision for the future. A music that would make it ‘sing’ inside the listeners – and by changing them would change the world. A convinced communist, Christiansen created wonderful joyous waltzes and dancing melodies that set to bring about a revolution – both an inner and an outer revolution – by believing in the good in the world and by having hope for a bright future. Now, with the re-release of Satie i høj sø the music can make it sing inside us again.

“Art should be such, that the People believe in themselves ”
– Henning Christiansen, journal entry, 1971

• Carefully remastered from the original master tapes.
• Pressed on heavy 180g black vinyl with a high gloss cover.
• Henning Christiansen’s own program notes for the music in both Danish and English.
• 16 page booklet with never-before-seen pictures and a new in-depth article about Christiansen’s works from the 1970s in Danish and English.
• Re-issued by Institut for Dansk Lydarkæologi & Museum of Contemporary Roskilde, 2018. 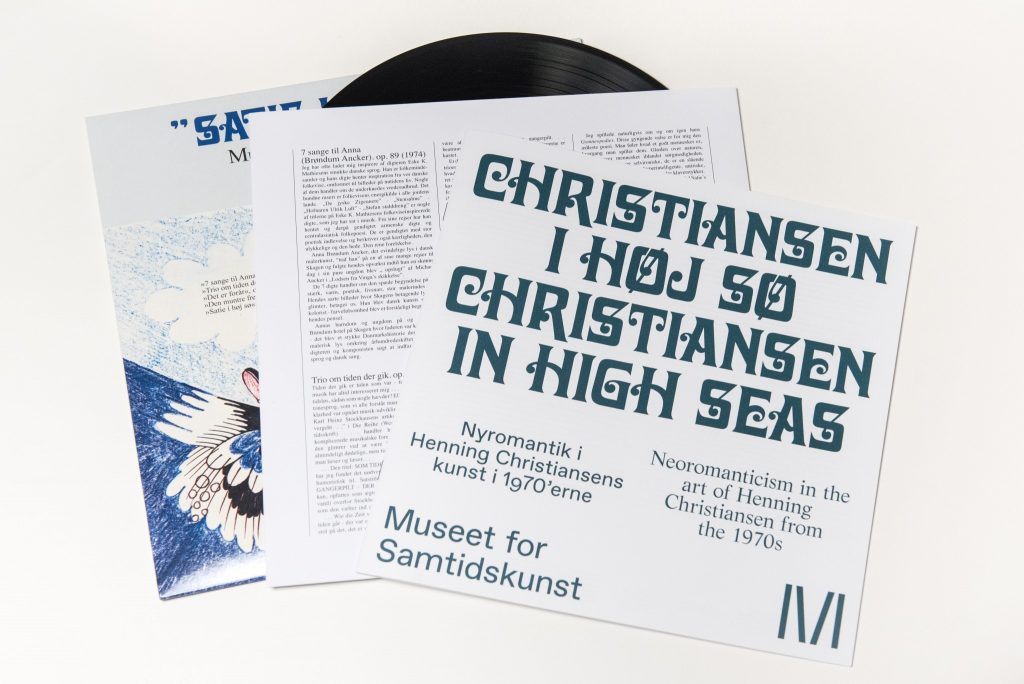 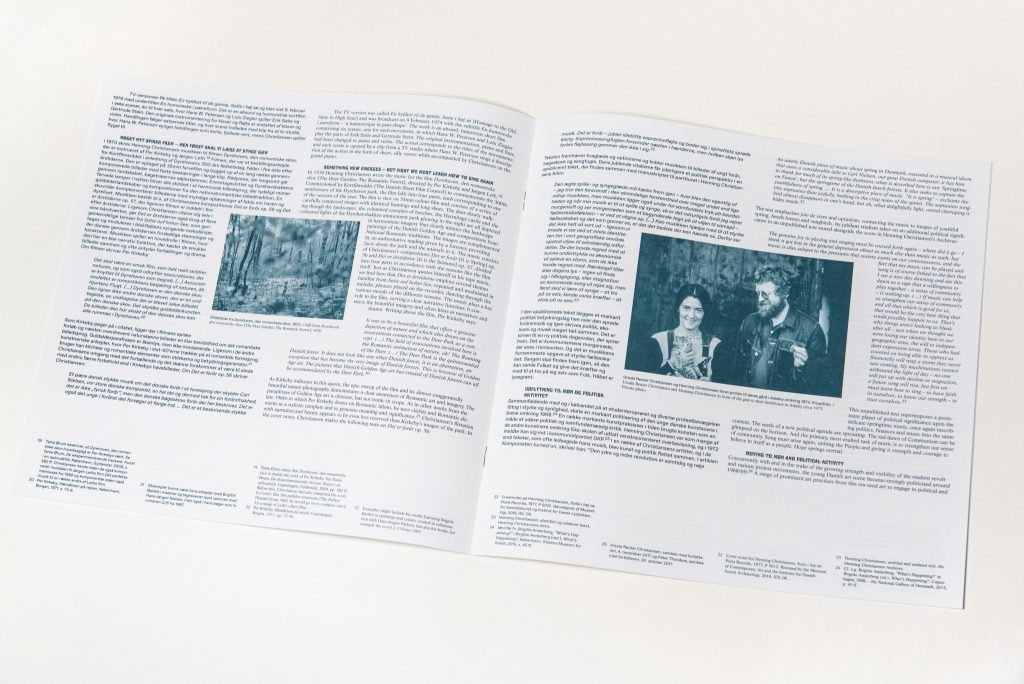 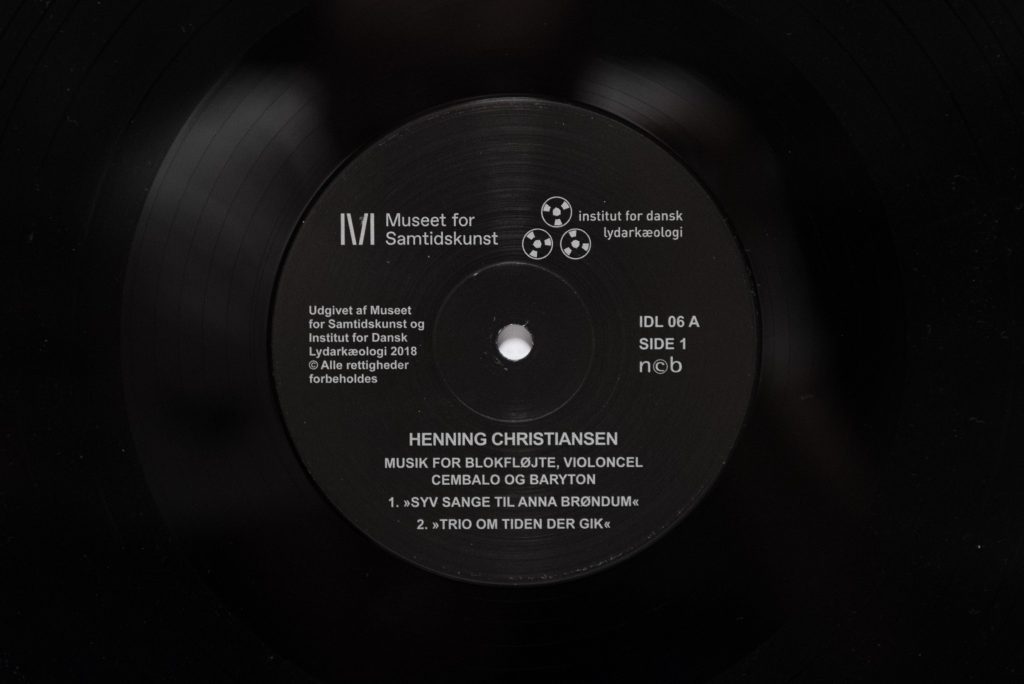 Background
In the 1960s – and still to this day – Christiansen is best known for his involvement with Fluxus, his tape music and his stark minimalist compositions gathered under the term ‘New Danish Simplicity’ that broke new ground after the Darmstadt school of modernism and serialism, which he found to be overly complicated and insipid. He turned his back to almost all of that in the 1970s and created an entirely different music.
Henning Christiansen was an ongoing collaborator of the famous performance artist Joseph Beuys and was himself appointed professor of the art academy of Hamburg in the 1980s. Christiansen also developed a visual art practice that included painting, sculpture, sound installation and performance in addition to his practice as a composer. In 2001 he represented Denmark at the Venice Biennale with his wife and fellow artist Ursula Reuter Christiansen.

Neoromanticism in the 1970s In the 1970s Henning Christiansen turned a leaf and started composing in a style that was completely different from the ones that had put his name on the map in the art and music world in the 1960s. Instead of the minimal conceptually based music and the Fluxus performances, he began composing a long line of beautiful, dancing and amusing works calling to mind the music of Erik Satie and the Danish composer Carl Nielsen.

“I adopt a moral outlook on the world in those pieces. I very much take a moral point of view, because I think everything is going to hell.”
– Henning Christiansen in regards to Satie i høj sø (op. 52) in a TV-interview on Danish public television, 1973

To Henning Christiansen this new style of composing was closely linked to a moral and political outlook on the world. For him the beautiful music was closely tied to his hope for the human community and for communism. At the same time he turned his back to the Copenhagen art scene and moved to an old farmhouse on the Danish island of Møn with his family. Here he composed wonderful scores for films, unapologetically Communist songs, and works for television.

The LP Satie i høj sø gathers five works for this period. In spite of the last years large interest in Christiansen’s works his works from the 1970s has been virtually unexplored. Perhaps also due to the rarity of the record. Along with the exhibition ‘Christiansen in High Seas’ at the Museum of Contemporary Art i Roskilde, Denmark, the rerelease is shedding new light on this forgotten and long unheard part of Henning Christiansen’s many-faceted oeuvre.
The LP is re-released with a new 16-page booklet presenting an in-depth article about Christiansen’s works from the 70s based on new research done in the Henning Christiansen Archive by curator Magnus Kaslov.

“Music is also subject to the pressures that society exerts on our consciousness, and the fact that my music can be played and sung is of course linked to the fact that I see a new day dawning and see this dawn as a sign that a willingness to play together – a sense of community – is waking up. (…) If music can help us strengthen our sense of community and all that which is good for us, that would be the very best thing that could possibly happen to us.”
– unpublished text in Henning Christiansen’s Archive