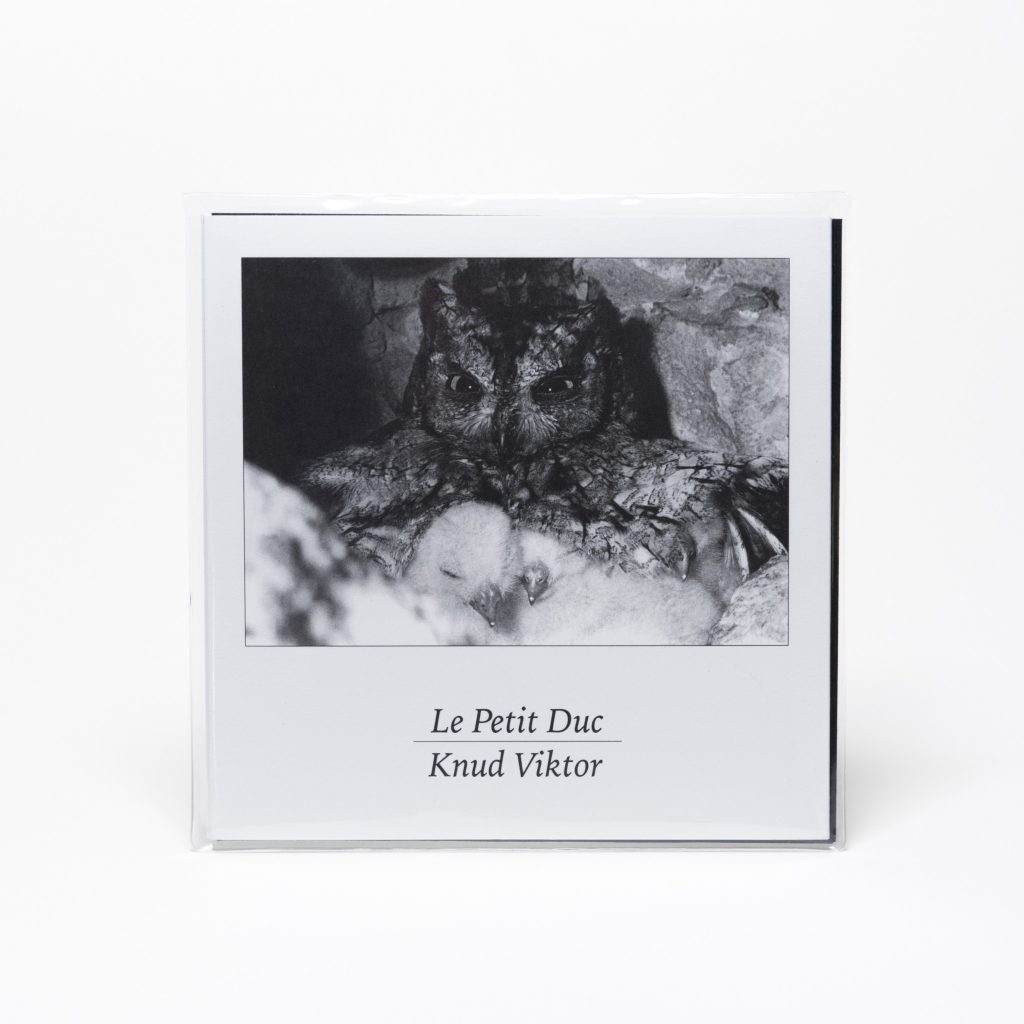 Le Petit Duc [The Little Scops Owl] is a sound work by Danish artist Knud Viktor, made between 1978 and 1983. Viktor was classically trained as a painter at The Royal Danish Academy of Fine Arts in the 1950’s. In 1961 he moved to France to live and work, but was overwhelmed by the sounds of the wildlife in Provence, and instead of painting began listening to and recording his surroundings. With these recordings, he composed what he called sound images – images sonores – and throughout the rest of his career, sound was his main medium.

Le Petit Duc is primarily composed of recordings Viktor made of an owls nest in the spring and summer of 1978. Narrated by Viktor himself and put together from recordings throughout a whole nesting season, Le Petit Duc tells the story of an owl family. The piece speaks to children and adults alike. Knud Viktor originally made the piece to fit on a 7” record, but it has not been released before.

The leporello-folded booklet includes Danish and English translations of Knud Viktor's original spoken text in French, and it is illustrated with a series of Viktor's own photographs of the owls.