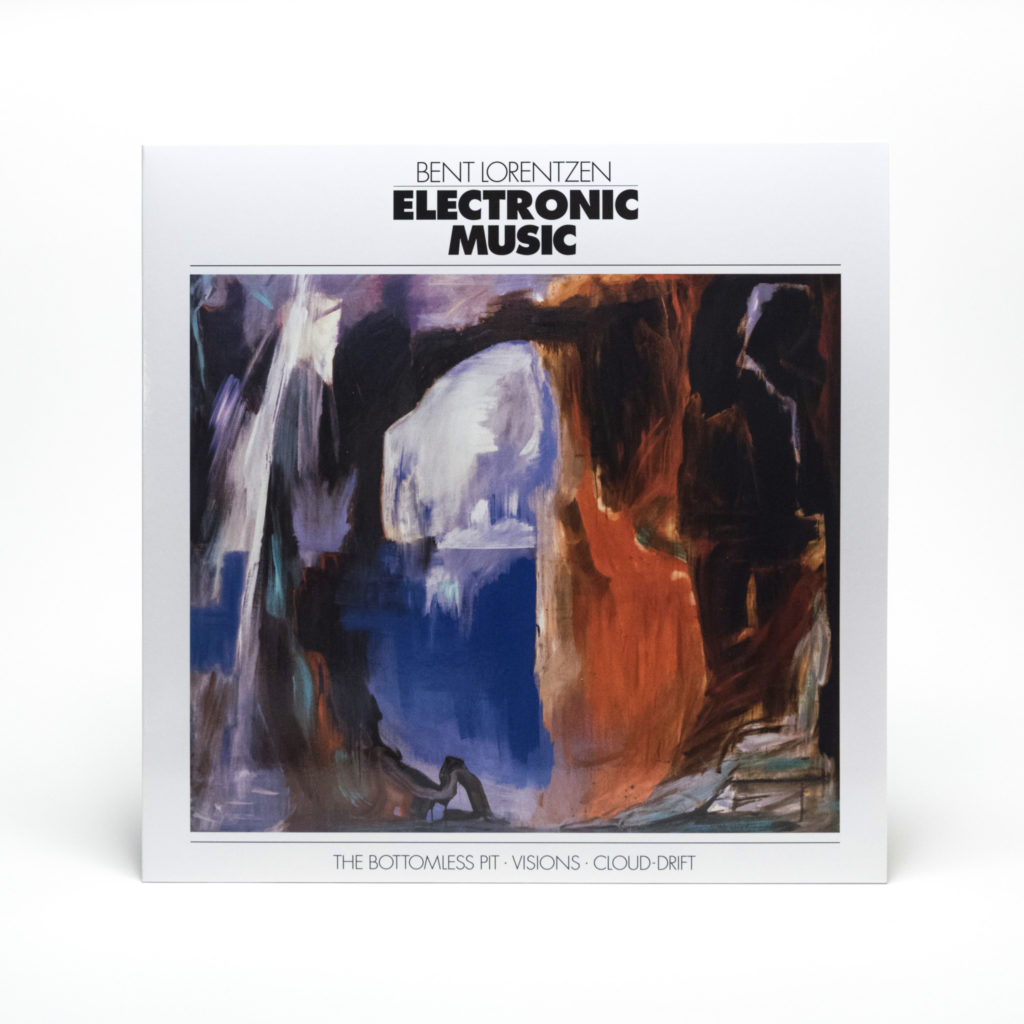 Bent Lorentzen is widely considered one of the key figures and pioneers of early Danish electronic music and he was one of a few classically trained composers seeking out the possibilities of the new technology in the 1960’s. Lorentzen composed a fairly large number of electronic works, – mainly in the 60's and 70'es. Furthermore, he developed a significant educational practice in and around electronic music, conducted workshops, taught at courses, and published articles in both national and international journals, while also producing several educational records on electronic music.

'Electronic Music' was originally released in 1987 as a retrospective album, collecting three of Bent Lorentzen's electronic works from the 70'es. The thee works clearly demonstrate Lorentzen’s close familiarity with his equipment and his great technical proficiency regarding the creation and manipulation of all sorts of electronic and recorded acoustic sounds – typically in the form of speed changes, reversed sounds, and reverb and filter effects. The music is often quite dramatic with distinct narratives and multiple dynamic layers of sound, but still with a clear sense of disposition and restraint, possibly stemming from Lorentzen’s experience with classical instrumentation, and orchestration.

'The Bottomless Pit' (originally Afgrundens brønd) on side A was composed as the musical score for a ballet by the Norwegian dance company Høvik Ballett, commissioned by NOMUS (Nordic Music Commitee) and staged at Henie Onstad Kunstsenter in Oslo during the Nordic Music Days festival in 1972. The piece was originally composed for four channels, but mixed down to stereo for the 1987 release.

Side B’s 'Visions' (originally Visione) and 'Cloud-Drift '(originally NUBES) were also both composed as 4-channel works. The back of the original LP-sleeve contains small prints of graphic notations accompanying the two compositions, here reproduced in enlarged versions for better readability.

The music on the record has been carefully remastered for this reissue. The Bottomless Pit and Visions are new stereo mixes made from 4-channel versions obtained from Gunner Møller Pedersen’s private archive. These versions had much more clarity, detail, and depth than other masters we were able to find. The mix from four channels to stereo has been done with careful regard to how the stereo versions appear on the original record. Cloud-Drift was not to be found in its 4-channel version, but comes from the master tape for the 1987 release from OH Musik / Point Records. This piece appears a bit rougher and with less detail in the higher frequencies, but it is the exact same version, as the one on the original release from 1987.

With support from Koda Culture.