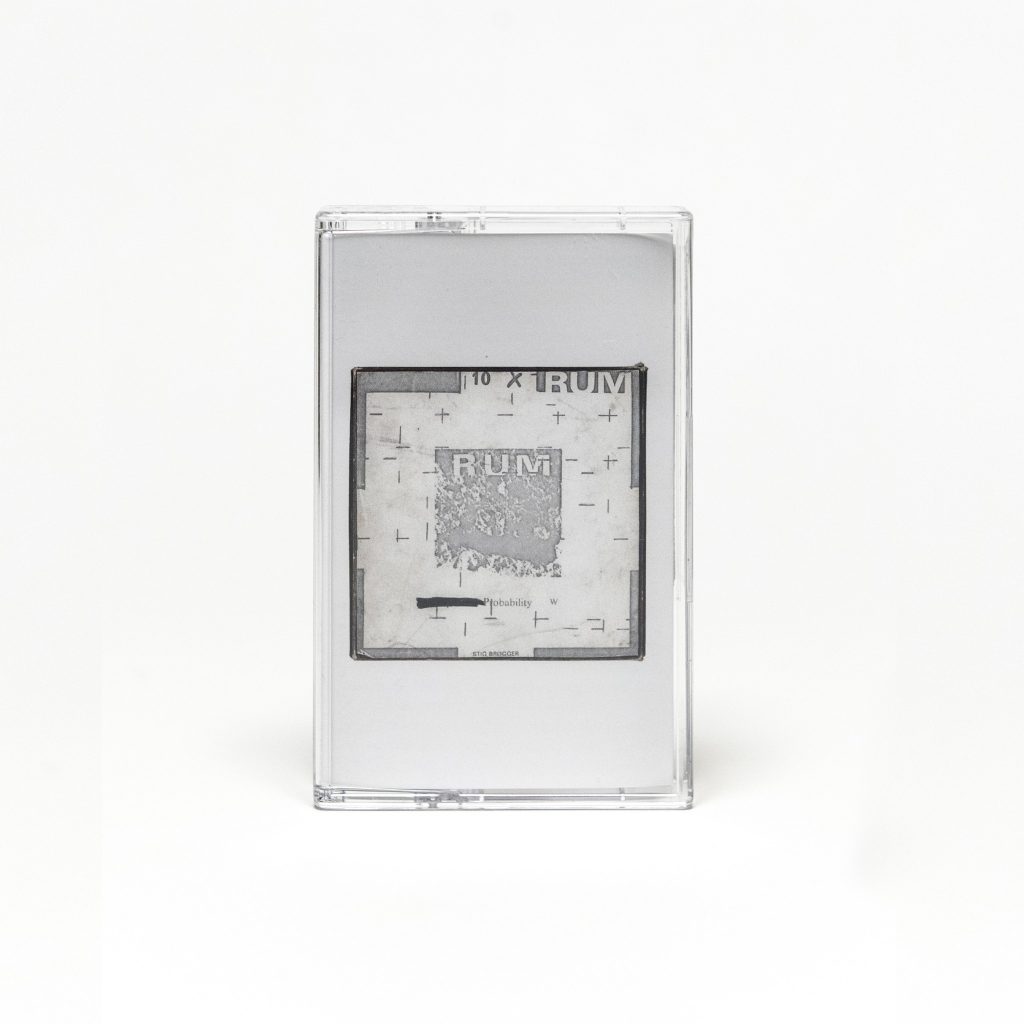 Ung Dansk Kunst’s Tapeserie [Young Danish Art’s Tape Series] from 1969 is a series of 10 tape works, created by a central group of visual artists of the 1960es' experimental Danish art scene. The tape series is one of the earliest Danish examples of visual artists creating works of art in sound. Sound works that were conceptually, self-consciously and explicitly something other than music. The tapes could be purchased by mail order, and were initially limited to 20-30 copies each.
Here is Stig Brøgger's original text following the piece:
stig brøgger, 10 x rum, duration 23 min. Probability w. Enclosed are 10 photos from the ten spaces. The only tie between the spaces is the presence of hexagonal elements. there could have been 200 places. 2 minutes of sound from each place. It is not a question of moving somewhere, but just about being in different places (spaces). No edits in the sequences - 2 minutes from here and there. It’s sound and not music a la Cage. For example, in a car / at a train station / in a garden at a lake / at a playground / in a department store… etc.
On top of this parts of the soundtrack from a Science F movie “they came from outer space” is randomly applied. therein lies nothing else than that I like the sound of these kinds of movies. More abstractly, it is just a change or disturbance in one or the other environment - a probability(here W - very small) for this. Other disturbances are more likely. Which overlaps occur in the different spaces is not controlled. it should be possible to hear (listen to)
1) both “tracks” at the same time
2) just the ten different spaces
3) just the SF track.
Sadly, the sound quality is slightly worse than the right amount of bad.